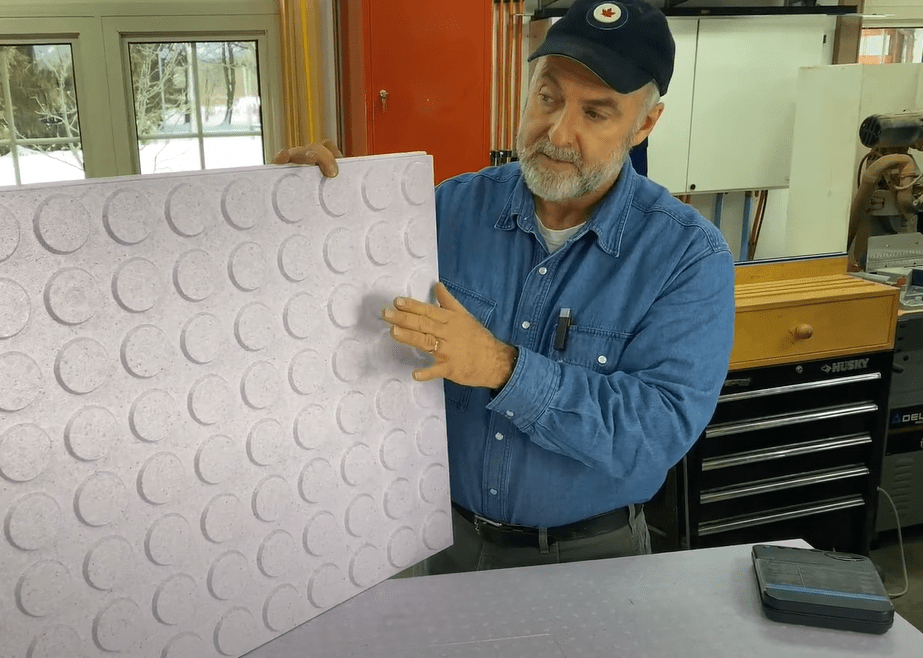 Autumn is when most Canadian basement finishing campaigns begin. Unfortunately, many homeowners pay big money to have their basements finished, only to end up with substantially lower overall indoor air quality over time. Hidden mold and mildew growth is the reason why, and a new kind of lightweight, all-foam basement subfloor panel makes it easier to discourage this kind of disaster.

Failure to properly address the unique challenges of finishing a basement is the single most common source of mold and mildew growth, and inadequate basement floor systems is the main cause of trouble.

Building practices that work fine above ground can fail miserably over time in hidden ways in basements. Hidden, that is, until mold spores and mildew odours start developing in the basement and beyond. For decades finished flooring such as carpet, vinyl and even hardwood was installed directly on concrete basement floors, in the same way it might be installed in first or second storey spaces. This is a mistake that’s still happening in about half the basements I see getting finished. So what does finished flooring applied directly to concrete have to do with poor indoor air quality throughout your house? Quite a bit.

Have you ever noticed how mold and mildew smells in basements are usually worse during summer? That’s because of a common dynamic that kicks in when an impervious, insulated basement subfloor is not present on a below-ground concrete floor.

If warm, humid air is outdoors it will eventually make its way into your basement where it will try to continue its journey through the finished flooring, especially carpet. The further this humid air makes its way through, say, the carpet pile, the cooler the air gets as it approaches the cool concrete. In the absence of an impervious subfloor, eventually the air in question can get so cool that microscopic moisture droplets condense out of the air, appearing within the carpet pile itself. It doesn’t take much moisture to trigger nasty growths. I’ve even seen it happen in above-ground homes with slab-on-grade concrete floors poured directly on the earth.

Even though I’ve written about this basement floor dynamic many times, I still hear some professional contractors say things like “subfloor panels aren’t necessary; I’ve been finishing basements for 30 years and we’ve never had a problem”. If you ever hear anything like this from the mouth of a basement contractor you’re planning to hire, run. It’s a classic warning that this person is still finishing basements as if it were 1956, mustiness and all. Not good.

The all-foam DRICORE Insul-Armor panels I began testing last year are the best subfloor option I’ve seen so far. Besides having the highest R value of all subfloor panels (R 4.1) I now recommend them as part of my online basement finishing course. Weighing about 80% less than older-style wood-and-plastic subfloor panels, the all-foam option is not only much lighter to carry downstairs, but a lot easier to cut. Instead of the sawing required to cut traditional wood-based panels, all-foam panels need only to be scored with a utility knife following a straight edge. Snap that scored panel over your knee and it breaks just like it should. No saw noise, no sawdust.

DRICORE Insul-Armor is for the most common hard-surface basement floors such as laminate and luxury vinyl plank and tile. But won’t the foam crush in time from the weight of people walking on the floor? No. With the weight spread around by the hard flooring, these foam panels can handle a pressure of more than 3000 lbs. per square foot. That’s as heavy as if your car was turned up on end, resting only an a 12” x 12” piece of wood sitting on the foam.

Warm, light weight, easy to cut and mold-inhibiting – what subfloor panel could be better than this?